It was February 28, 1958 when the 26-year-old country preacher from rural Pennsylvania disrupted a highly publicized murder trial in New York City.

David Wilkerson had made the eight-hour drive from his quiet mountain village to downtown Manhattan for a simple reason: to speak to the seven accused gang members about their salvation. In a grave attempt to share the love of God, Wilkerson had rushed to the front of the courtroom at the close of trial proceedings and pleaded publicly with the judge for permission to meet the teenage defendants. News media were everywhere, and Wilkerson unwittingly made himself the source of headline news throughout New York City. The judge had been receiving death threats during the trial, and Wilkerson was almost arrested as a presumed assailant. The judge later refused Wilkerson’s request to see the boys and ordered him never to return to his courtroom.

TODAY, the one-time rural preacher is known as the founder of a international drug rehabilitation program called Teen Challenge that has one of the highest success rates anywhere in the world. Since it’s first center opened in New York in 1960, Teen Challenge has grown to nearly 250 centers in 48 states and over 1,000 centers in 95 countries. In Puerto Rico the organization is building an AIDS hospital, the first of its kind. Wilkerson also founded a global evangelistic ministry, World Challenge. The Pentecostal preacher remained what he was for over 40 years–a man dedicated to preaching the gospel in the heart of New York City. He pastored Times Square Church in Manhattan, which he founded in 1987, until his death in April of 2011. Wilkerson made more than the news back in 1958–five months after his discouraging day in court, his compassion for teen-age gangs and drug addicts made history.

A year later he established the first Teen Challenge center in one of the roughest areas of Brooklyn. Addicts and other troubled youths poured into the center and were delivered by God’s power. One skeptical psychiatrist observing the program remarked, “It seems to me you’re just using Jesus as a crutch.” “Then give me two of them,” a resident of the center responded. “What is the program?” the psychiatrist asked. “God in the morning, Jesus in the afternoon and the Holy Ghost at night,” the resident replied. The good news spread quickly, and Wilkerson was deluged with pleas for help with drug problems from all over the country. “I raised funds for the first 10-12 centers that started,” he said. Answering appeals got so demanding that he allowed the ministry to come under the Home Missions department of the Assemblies of God. His brother Don then took over as director of the center. Based on strong Christian principles, the intensive program runs from 6 to 14 months. Residents come from the streets, detoxification facilities, hospitals or jails. Some are referred by pastors and counselors or court-ordered into treatment by judges. HIV-positive students are normally accepted. Teen Challenge teaches that the key to abstinence from substance abuse is a personal relationship with Jesus Christ. 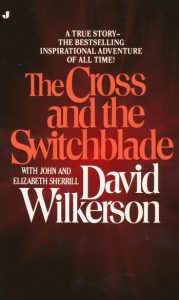 Teen Challenge operates at a truly global scope, with over 1,200 centers operating in 118 nations. To learn more about these ministries and missions, visit the Teen Challenge Global website.